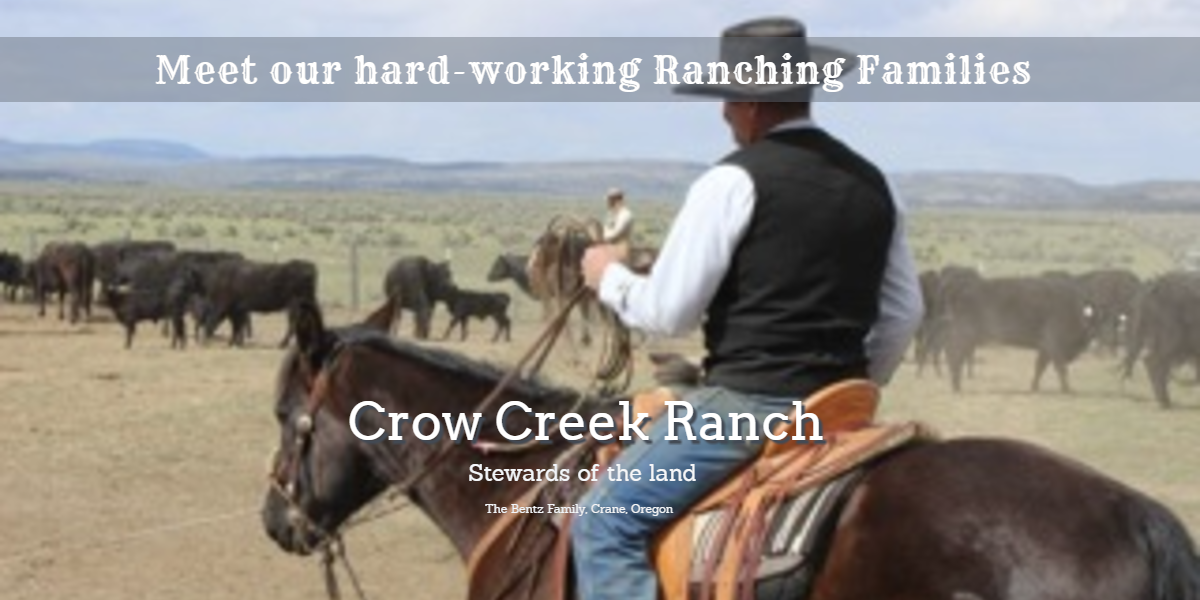 The wide open space of the Oregon high desert envelopes you as you drive down the dirt road leading into Crow Camp Ranch. In a sea of sagebrush, black cattle forage for sparse desert grass amongst the ground squirrels, jack rabbits, and sage grouse. Kenny Bentz stands next to a huge water trough made from a massive mining truck tire he had ordered specially. “These stand up to the elements and cattle better than those metal or plastic tanks you usually see out here,” he remarks as he checks the drainage system. Like many of Agri Beef’s producers, Kenny believes that environmental health is of the highest importance and constantly strives to improve his sustainability methods in creative ways. 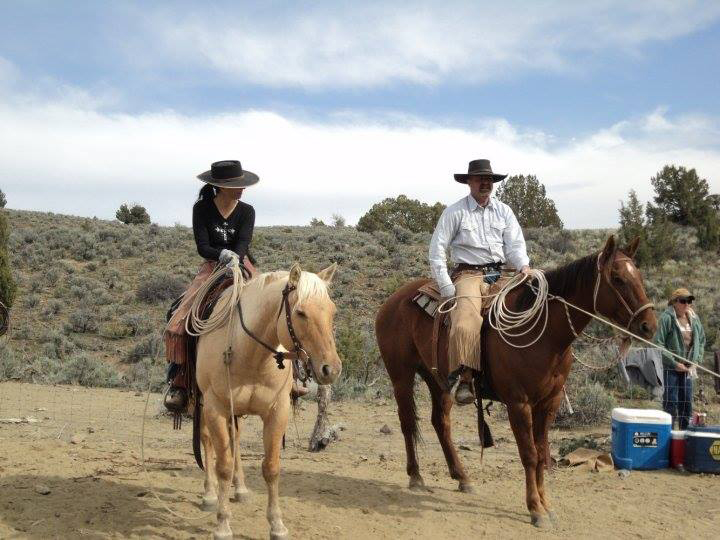 Kenny’s father, Kenneth Bentz, got his start in the early 1950’s on the historic Whitehorse ranch in the shadow of the Steens Mountain. After returning from serving in World War II, Ken married his wife, Anne. Relocating to Drewsey, Oregon, they proceeded to raise six sons and one daughter and now have a plethora of grandchildren, many of whom are carrying on the ranching tradition around Eastern Oregon and Idaho.

Kenny earned his MBA and became a commercial real estate broker, but ranch life always called to him. He and his wife, Debbie, purchased Crow Camp Ranch near Crane, Oregon and settled down to raise their family. They began carefully studying and selecting genetics to build their purebred black Angus herd. Eventually recognizing more long-term benefits, they switched to a commercial Angus operation and focused more on raising their three children and teaching them the ins and outs of the beef industry. 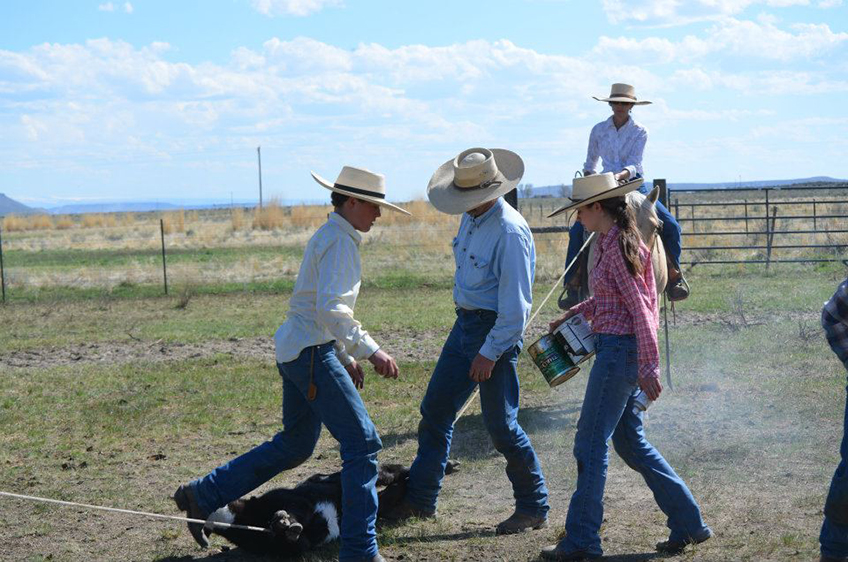 Stewardship of the land is essential to Kenny and the rancher lifestyle. He stresses that ranchers are not “mining” or removing resources from the land, but that they are utilizing something that seems unusable and turning it into a valuable commodity. “Having the correct genetics and methodology helps me remain sustainable. I ask myself, is your method good for the land? Is the land better because of my cattle?” Kenny says as he surveys the harsh, arid land he calls home.

When asked why he chooses to work with Agri Beef, Kenny smiles. “As a producer, you have to differentiate yourself from others and be able to make sure your cattle are of high quality…then you have to let the consumer know. Agri Beef does a phenomenal job of helping producers achieve that.” 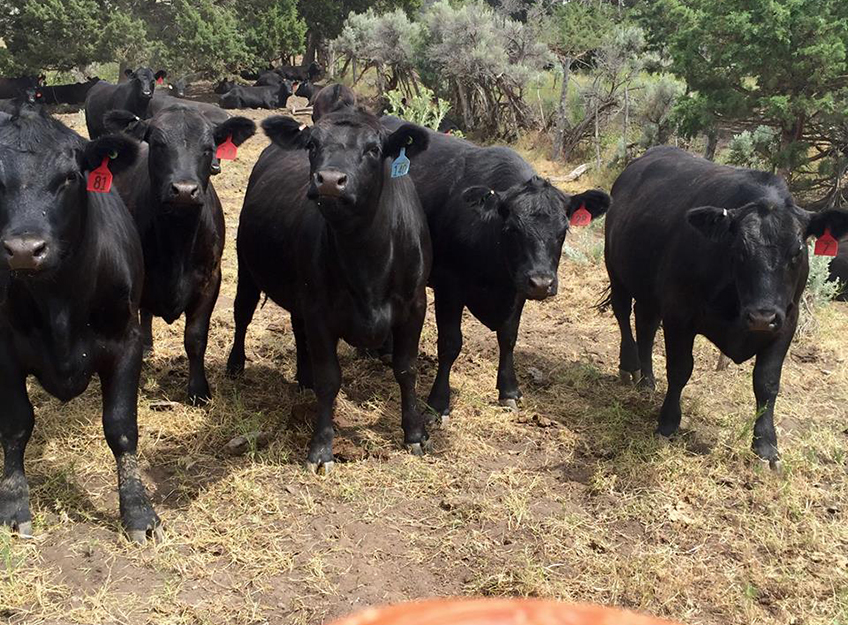 So next time you are driving through the high desert and see nothing but empty, arid land, you can always remember that even this part of the Northwest plays a role in producing exceptional beef.